Stevie Wonder wrote this song and recorded it himself on December 13, 1973 – he copyrighted it on January 3, 1974. His version was never released, as he gave it to Rufus, since Stevie was a fan of their lead singer, Chaka Khan. Around this time, Wonder was turning many of his best songs over to female singers with otherworldly voices: Aretha Franklin recorded his “Until You Come Back To Me (That’s What I’m Gonna Do)” and Minnie Riperton did “Lovin’ You.”

The story Chaka Khan tells is that Wonder was going to bring them a song in the studio, and when he dropped by and played her the song, she stunned her bandmates by telling the mighty Stevie Wonder she didn’t like it; Chaka says she was 19 and pregnant, so she was a little prickly at the time. Wonder asked her astrological sign, and when she told him Aries, he delivered “Tell Me Something Good.” According to Chaka, she loved it and they worked out the song together in the studio, although Stevie is the only credited writer on the song.  [Facts from City Binge Music]

As a promotion for the GRAND OPENING of STEAMY TRAILS PUBLISHING, owners Nita Bee and Katrina Gurl have come up with a win win opportunity for the members of “Steamy Trails Creative Writers Group.” There will be no cost for you to enter, but it MUST be unpublished work. If you are interested in being part the Steamy Trails Creative Writers upcoming editions please submit up to 5 entries of poetry or short stories.

HOWEVER, THERE IS ROOM FOR 5 MORE SLOTS! Although the deadline is officially posted above, if YOU are a writer and have unpublished work that would benefit this project we’d be more than happy to push back production for an additional week just for you to be a part of something that we think is very special.

READ ABOUT OUR SPONSORSHIP PROGRAM

SIDE NOTE: Jump on the bandwagon with this one folks…this sponsorship comes from a pure place. This sponsorship stands for encouraging our youth to believe in themselves and making sure that their dreams and voices are heard!!!

“We are what we think we are, we become what we believe we can and we achieve our greatest dreams through the encouragement of our peers” ~ Katrina Gurl 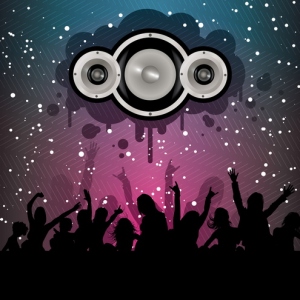 We were checking out our fan page and just realized that we have over 650 followers!!! That is an amazing number of people to reach on a daily basis if you have talent to share. What “COVER LOVE” is all about is US helping YOU share talent with the world by any means necessary! Post on the fan page THE BEST cover music you have ever witnessed OR personally done yourself. Steamy Trails Promotions is all about promoting the talent in you, so let’s post away!

At the end of each moth we will choose the best cover posted to add to the main page of the STEAMY TRAILS WEBSITE!
START POSTING on the FAN PAGE NOW!!!!

Thematic Literary Magazine has been created to help new and amazing writers become professional authors. Anyone who is familiar with the writing career path knows that being published is the only way to become established. We offer a friendly, competitive and helpful environment where writers can become professionals through hard work, networking and accomplishment.

Each issue of Thematic Literary Magazine has a different theme and our authors and editors work hard to bring each of those themes to life.

The May issue is now available in Digital (PDF) and Print Versions! www.thematicliterarymagazine.com/issues

Steamy Trails Member Author Michael Givens writes: Originally I was merely going to recommend that you read a very good book written by a friend of mine, Elaine Newkirk. But when I read her bio I was nearly moved to tears. She is a true humanitarian. Please read what’s below. God has truly blessed everything she has touched
~ Givens

Steamy Trails founder Katrina Gurl writes: Elaine is a remarkable woman and friend.  She has taken this journey we call life to not only make her own mark in the world, but to also makes sure others will have a chance to live the quality of life as she has.  The road she travels is a selfless one to say the least.  On a recent Blog Talk Radio interview with the incomparable Radio personality and Author G C Grace of “A Touch of Grace” syndication, Elaine spoke about her book “The House With Dirt Walls“. She also took out the time to acknowledge Steamy Trails.  She stated in the interview that WE inspire her.  When in fact it is SHE in whom inspires US!  Steamy Trails honors her for the difference she is making in the lives of others.

Elaine Newkirk, is a 38-year-old single mother of 9. She has 1 biological child and has adopted 4 children, 3 of which have disabilities and 4 preadoptive children. She has been a foster parent for over 10 years and has taken in over 60 children. She has dedicated her life to helping youth make changes in their lives & succeed. She has received honors from Senators , Mayors and has been featured in several , newspapers and magazines.

Elaine is an ordained minister through the World Council of IndependentChristianChurches, http://www.wcicc.org/

Elaine is very outspoken in her community. She works very closely child welfare agencies to assist in decision making for young people. She is a community health worker educating people on such topics as breast cancer, heart disease and HIV, to name a few. There are many other committees she sits on the can be provided upon request.

Elaine is an accomplished writer who has just finished her first novel. She also has written 4 screen plays (2 Feature length and 2 TV sitcoms), and is currently seeking representation. A great majority of all monies made from public speaking, Singing engagements, book sales and film production are put back into this organization to help our youth in need.

She is the Difference

In 2004, Elaine was elected the Adoptive Parent of the Year by the State of New Jersey and was awarded the Angel in Adoption Award by the U.S. Congress. Voted by ESSENCE magazine as one of the 35 most beautiful women in the world (May 2005 issue).
Elaine Appeared on the Dr. Phil Show in April of 2006. And will appear again on May 29, 2008

Elaine is a current member of the Board of Directors and incoming President, for the Pennsylvania State Foster Parent Assoc.